Great Press!!! Some of the Public Relations articles, reviews, interviews and coverage achieved by Kimberly Rossi/Indigo Productions.
​Contact Indigo for press be it radio, print or television.

Drumming Like A Girl:How four women are upending the status quo in Syracuse

I Love the Night has some serious blues magic by Irv Lyons Jr.

At Lakeview Nursery, it's Time to Dig the Trees​

Keeping the music alive in Syracuse

ROCK iS RED FEATURES AN EXCLUSiVE iNTERViEW WITH ONEiDA GUiTARiSTiRV LYONS JR. AND CUTS FROM HiS LATEST LPWONDERLAND!!!

The Sound of Wonderland According to Irv Lyons Jr.

One Song For Peace Rally

​Tell Me Something Good

Kimberly Rossi, owner of Indigo Productions is self made. After graduating with a music degree from CUNY Hunter College, Kimberly spent 10 years in Silicon Valley in Pharmaceutical and High Tech sales management. After donating her time to several board positions as a Public Relations Specialist, Kimberly started her own company.

Indigo Productions has had tremendous success in specialty promotions and entertainment management. Working with clients such as: The Ripcords - with which Ms. Rossi achieved both SAMMY and NAMMY nominations, Dave Porter from the top Billboard chart group - 805, Groupo Pagan and managed all aspects of Irv Lyons Jr. including bookings, promotions, social media and studio work. Kimberly was the sole public relations representative to Mrs. NY 2015 - Jessica Lahr and Mrs. NY 2016 - Alison Trenk and has worked frequently with the Onondaga Nation.

As the Media Manager for CNY Jazz Central Theater, Ms. Rossi promoted and managed some 250 shows, as well as put on many festivals and events. Kimberly most recently was the Media Manager for the nationally known company, Byrne Dairy and Byrne Hollow Farm. Presently, Ms. Rossi is working to help fight the COVID 19 pandemic as a Lead Contact Tracer and is happy to be giving back to her community in whatever way she can.

Iggy or K-Ro as Kimberly Rossi  is known, often performs out in CNY. A previous member of the Diana Jacobs Band, Kimberly sings regularly with Indigo artist, Irv Lyons Jr.

To learn more about Kimberly Rossi go to: https://www.linkedin.com/in/kimberly-rossi/ 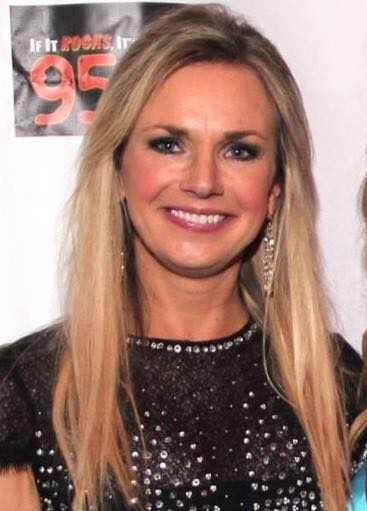