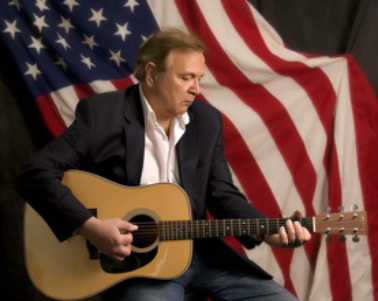 A singer–songwriter with a very diverse and interesting history that has woven his musical life across nearly every genre and style. His earliest days were with his international “showbiz” Father, as Greg was on the road with the family in the Col. Jim Eskew Rodeo with all the early recording stars, like Gene Autry, Roy Rodgers, the Sons of the Pioneers to name a few. The same Rodeo that Ramblin Jack Elliot ran away to as a boy before traveling with Woody Guthrie and Bob Dylan and has had a long Grammy awarded career. Greg & Jack got together last year, and to exchange their Rodeo days photos.

Greg was a real child of the 60’s and the Rock & Roll so prevalent in those times to present day. All while appreciating the “American Standards” such as written by his neighbor Pat Ballard (Mr. Sandman writer) at home, and attending Woodstock with his friends. Greg’s southern college time brought him influences from Country Music, Southern Rock, Bluegrass and Gospel…..all while also his major enjoyment of Broadway, Classical Music & Opera.

When Greg is asked: “What kinds of music do you like, play and write? Folk, Country, Rock, Classical styles, or Americana?” Greg answers: “Yes”.

As the son of his dad, a show business veteran for 40 years, and a highly sought “entertainer” of his time….Greg more than gives, appreciates and loves what entertainment and the entertainer does for all of us, as he mixes the music into the engaging stories of his years and experiences, with his fresh poetic lyrics, and the engaging musical movements of his newest songs. Ever the entertainer….You never know what other songs, “covers” or talented artists Greg might bring into his shows. As he puts it: “I love playing with as many talented artists, singers, players and fellow song writers as I can. It opens up the entertainment world, each evening, and the fun for every audience that catches the special and inspirational moment’s artists always live to create and share!” 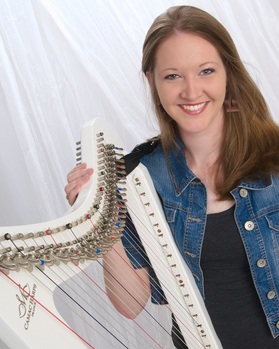 It was said of ancient Celtic harpists that in order to be considered great, the harpist had to be able to make the listeners laugh, cry, and put them to sleep.  Lacey has only mastered two of these; her music definitely doesn't put anyone to sleep.  Lacey's music is an exciting mix of haunting and driving meloies juxtaposed with light and airy innocence. Her poetic expression displays a clear insight into the human condition. You & Me begs to be enjoyed over and over again.

Lacey aspires to expand and challenge the perception of the harp as a strictly classical instrument.  Though rooted in classical training, she has developed a modern-folk style in which she sings while accompanying herself on her electric harp.  Achieving balance between the two styles has developed her into a multidimensional performer and sets her apart as a versatile and expressive artist.

Born in St. Louis, Lacey came to Western New York three years ago to attend the Eastman School of Music where she studied under Kathleen Bride.  While living in Rochester, Lacey expanded her performance education through the musical duo Zach & Lacey Lee, a guitar and harp combination with singer/songwriter Zach Nowak.  The duo performed in numerous venues in Rochester and can be heard on Lacey's CD, You & Me, available on her website and ReverbNation page.

Since arriving in the Central New York area, Lacey was dubbed "Syracuse's Irish Melody" by the Syracuse Post Standard when she was highlighted in the weekend edition of the newspaper.  She plays in many performing groups in the region and loves collaborating with other local musicians.

Lacey is pleased to introduce her first CD, You & Me! It is the culmination of a lot of hard work and fantastic music making with some of the best artists in Central New York.