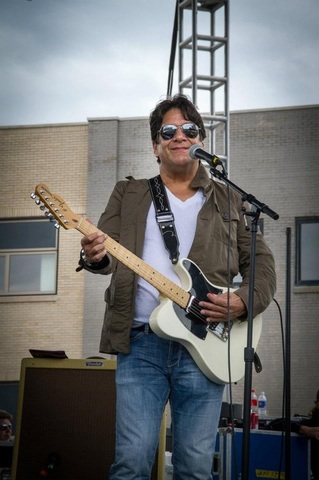 A song writer by nature, the Native Man front man states in an interview with Jack O Bocchino,  "the song will go where it wants to and everything else will fit in". 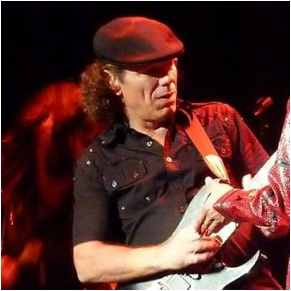 Richie originally hails from Long Island, where he began his musical career as both a drummer and guitarist, eventually deciding to concentrate exclusively on guitar. He landed his first full time music gig at age twenty, joining a road band based out of New York City. He traveled extensively throughout the U.S and Canada for more than a decade before settling in Orlando, Florida. While in Florida, Richie was a member of of several high profile Florida-based bands, including a long stint as guitarist and musical director for a nine piece corporate convention band, performing numerous shows in Las Vegas, Hawaii, Mexico, and many locations in the Caribbean.

In 2009, Richie became a member of the BB King`s All Stars, the house band at BB Kings Blues Club in Orlando, which is part of one of the most prestigious chains of live music venues in the country.

Over the last five years, Richie was also involved as guitarist and musical director for a large-scale production of a Michael Jackson tribute show known as The Ultimate Thriller, performing in arenas and large venues across Europe. the Middle East, and the U.S., including shows at Red Rocks amphitheater in Colorado and the Apollo theater in Harlem.

Over the course of his career, Richie has performed with numerous well known artists, including: Brian Johnson from AC/DC; Steve Cropper from the Blues Brothers; John Edwards, lead singer of The Spinners; Katharine McPhee, Mitch Ryder; Gary U.S. Bonds and members of the Backstreet Boys band. In addition, he has opened for Ray Charles; Dionne Warwick; Roberta Flack; The Commodores; KC and the Sunshine Band; John Secada and John Paul Jones of Led Zepplin among others.